I take no credit in this. All I did were sneaking into the women restroom at my workplace, copying down the lines from the wall, and typing them up here. So, well, obviously I can’t explain all of them, but generally I think they’re cool. Anyway, enjoy!!!

Sing in the shower.

Treat everyone you meet like you want to be treated.

Watch a sunrise at least once a year.

Leave the toilet seat in the down position.

Strive for excellence, not perfection.

Plant a tree on your birthday.

Never waste an opportunity to tell someone you love them.

Leave everything a little better than you found them.

Become the most positive and enthusiastic person you know.

Ask for a raise when you feel you’ve earned it.

Be forgiving of yourself and others.

Buy whatever kids are selling on card-tables in their front yards.

Commit yourself to constant improvement.

Carry jumper cables in your trunk.

Have a firm handshake.

Send a lot of Valentine’s cards. Sign them, “Someone who thinks you’re terrific.”

Look people in the eye.

Be the first to say “Hello.”

Use the good silver.

Return all things you borrow.

Sing in a choir.

Stop blaming others. Be responsible for every area of your life.

Wave at kids on school buses.

Be there when people need you.

Don’t expect life to be fair.

Never underestimate the power of love.

Drink champagne for no reason at all.

Live your life as an exclamation, not an explanation.

Keep your promises (no matter what).

Marry only for love.

I hereby declare I’m not responsible for the… inappropriate parts of this post, ‘cuz I’m merely quoting it from what I’ve picked up at the link below. You’re strongly advised to read only and not to follow.

Er, hello? This is a thread on HHT.com, under the section “Giao Lưu Ngoại Ngữ”, it’s a bit amusing so I posted it here.

Warning: it takes a little bit of patience to go through this. And by the end of it, surely your image of me will change, so prepare for it! (I don’t care that much, though, this is what I am :D)

Note: L is me. Z and Ns are my acquaintances. Ù and S (s-chan) are my close friends. K is the box’s moderator. And the rest are… well, I don’t care.

Title of the thread: All rite..wat sup yo

i’m a new bie and i’m here with all my pleasure yo. i know my knowlege which has limited..thats why i need to learn a lot from you guys.

actually, i hate grammar and writing, 😀

i hope i gonna make it better rite here..

Nah, may be he’s not suck, he just want to be funny(or sth like that) :so_funny:

Let’s start with typing exactly as much as you can, ok? 😀

@O: seems to me u r a funny one 😀 😀 Why don’t you tell us about what you do in your spare time? School? Job? Favorite dog/cat/vegetable/fish/game/sport/food/kind of girl/color/clothes/style/udhygdguj<hshwe or/and anything else you find pleasure to tell us 😀 :sr:

“I’m a newbie and it’s my pleasure to be here, yo. I know what I’ve learned are limited… That’s why I need to learn a lot from you guys.

Actually I hate grammar and writing,

Anyway… nice to meet you.”

@L: Ah, now I remembered, the word is “sucked”. I felt sth strange but i didn’t know what :haha:

where is your Doraemon ava? 😀

I feel a sudden urge to show everyone my big brown eye. 😀

Wait, I still have Doraemons all over my profile, my binder, my desktop screen, my iPod, my T-shirts, etc…

wats that? i dont think he missed any grammar point that s needed to be fixed?!?:thatall:

“i know my knowlege which has limited”

-> in this situation, after this “I know” should be a clause, not a noun phrase, and wrong spelling of knowledge.

“actually, i hate grammar and writing,

i hope i gonna make it better rite here..”

-> confusion between singular and plural.

The other changes I suggested were just to make the lines sound smoother. When we write, sometimes the grammar is not wrong but the sentence sounds forced/ unnatural. It’s ‘cuz he wanted help with grammar and writing, not for my own pleasure, that I suggested those. -___-”

who said a clause has to follow after “i know”…????its not necessary, check it again!

the only thing i would say he could do better is that “i know my knowledge has a limit”, “which” is not necessary in this case, only 1 object, no confusion.

bdw…can u count grammar? or writing? i mean in some cases, yes u can count writing if u mean it like a writing, an essay…sth like that! but i guess here, he probably meant writing as an action, then its singular.

but anyway, ur rephrase aint that bad!

“Newbie” is the right spelling, I’m talking about “new bie”. Honestly, I’m not that arrogant to point out wrong spellings before making sure that I’m right.

Yes, “I know” is not always followed by clauses, could be phrases. That’s why I DID say, “in this situation”. I think what he meant was “tôi biết kiến thức của tôi có hạn”. “My knowledge which has a limit” is a phrase, while “my knowledge has a limit” is a clause – it’s not just a matter of eliminating the word “which”; these two have different meanings and structures. They cannot be used in place of each other, cannot be switched with each other and are not equals. If a teacher grades this, these two will just be one right answer and one wrong answer.

Please, check what people said, word by word, before assuming they were wrong anywhere, will you?

@O: sorry, I didn’t mean to be… mean. But since somebody asked, I had to point your mistakes out clearly. Don’t worry, your English will improve with practice. Every time you make a mistake, take note of it and correct it the next time you use.

=> anything that s/he is pleased to tell us

What else do you think it could be?

why “just”? Sounds like you belittle the word “newbie”.

@L: your horrid eye encourages me so much to take a shot on my own, since it may horrify you back :A (what the h-ck am I saying?) I mean, it is very beautiful and I doubt if the other one is as fine. If it is, you would have taken pic of both, wouldn’t ya?

Are you willing to correct my writing as well? plzzzz *begging*</hshwe>

well, i aint a big fan of grammar or writing or watever, plus I dont wanna get into any ridiculous argument, but seriously i gotta say sth

and 2nd, That sentence about knowledge or whatsoever cant be used that way, is not coz of the phrase or clause flaw, they have nth to do w it. bt coz first, it sounds pretty odd, dont chu think?

n 2nd, “which” here actually doesnt make any sense. Coz obsviouly, those combining words r used to for a reason>>combining sentences, n since there r no 2 ideas needed to combine then “which” should be omitted.

anyhow…didnt say ur wrong, i just meant he wasnt wrong that badly to have watever he wrote changed completely!

– Even a space in the wrong position is considered a spelling mistake. You know “candies” and “can dies” are different, right?

“My knowledge has a limit” is a clause, with “my knowledge” as the subject and “has” as the verb.

If you think these definitions are not right, then say so.

– I just differentiated between clause and phrase on the last post because you stated that “which” was not necessary. “Necessary” means that it is still right, you can just put it there or toss it aside. However, “which” here is not unnecessary, it’s totally wrong.

Ah, I see that you’ve changed your mind and said that it doesn’t make sense just now, haven’t you?

– I didn’t change them completely, and I have to repeat that I only suggested these to make the lines smoother. I didn’t change what he meant to say. Anyway, take it or leave it, it’s up to him, isn’t it? Showing someone another way to interpret his ideas isn’t even acceptable now?

– I’m not that shallow and self-conceited to view this as an argument. It’s just a debate on the use of English. Well, I don’t know that getting to the core of a problem and figuring out the right solutions are considered ridiculous.

– It’s really hard to see beyond those abbreviations. Like what my prof said, I’m being absorbed in a “cosmological singularity”… haizz… and thoroughly p.o’ed.

@ù: would love to show both of my eyes, but they won’t fit the avatar’s space at the same time. My eyes are pretty, as stars in the night sky (you won’t know the stars’ ugliness unless you look at them up close!).

Now don’t you honey go around spreading bad rumors about me O___o. I’m not an ESL (demonic) examiner or anything of the sort -___-”. Haven’t you and s-chan corrected me several times already??

I didnt change my mind sweetheart, “he could have done better…”>>i think thats the most modest way to comment on s.o’s writing.

Its just his greeting for God sake. I believe he didnt mention anything about correction. Its not like i would jump in n be like..”hey dude, ur greeting sucks, get over it n this is how u write a greeting here” like some certain people.

my knowledge: is the subject, could be a phrase, obviously not a clause

And obviously there r no 2 sentences present.

So “my knowledge which has a limit” , to a third person, its confusing. “which” here has no effect, it doesnt help making sense, but rather makes the sentence incomplete.

And bdw “necessary” is the way to avoid the intense, like i said…only modest words for suggestion.

i think it should be something like… hey yo, what’s up dogs?(or cat)

“Actually i hate grammar and writing”… you dont need to go any further, this is a good stop :sr:

“anyway…nice to meet yo”, piss out!

And with this little extra “piss”, it gonna turn “yours greeting message” to “the level that you want”

oh my god, im laughing my head off… :so_funny:

Ps: am i the only one laughing??

Hey there lovely, haven’t seen you for a while, and now I notice your level of sarcasm has gone up :so_funny:

p.o, p.o… although you’re being excessively nice to me, I’m still gonna die with laughter…:so_funny::so_funny:

Wtp, you’re overdoing it with those endearments, but… er, “not to sound overly arrogant, but to be perfectly honest, wtfp, were I so inclined, I think I could” still get what tfp you’re trying to p… er, mean.

Of all the frigging crappy things reports have ever brought about, apart from error analysis, citing reference sources is the thing I despise most. So to prevent a tragedy from happening I would just comment that “which has a knowledge” is considered a dependent noun clause, and that I have never said anything about subordinate conjunction nor heard that “which” is called a sc… anywhere.

Isn’t modesty such a pretty word? So pretty that people have exhausted every single bit of its beauty, while snobbishness, arrogance and immodesty are such wonders which the world has yet to discover 🙂

cat = I think Ns was talking about me, haha, ‘cuz apparently I’m infatuated with cats, esp Doraemon, and used to set it as my ava.

I realize I was mean, but who told her to use sarcasms on me? (anyone notice the overly-used endearments – such as honey, sweetheart – and meaning of the words she used as examples for wrong spelling?)

About citing reference sources, I was talking about having to use online dictionaries if she was more and more pig-headed. 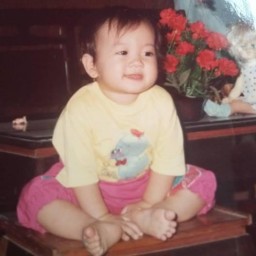 In a hillbilly hell, laidback-ism is the way of the world! So what if it's one lulu of an excuse?